Hello everyone! A new update for Tiny Life was just released, which means it’s time to share some screenshots and explanations with you all.

This update features a lot of fixes for long-standing issues, including cars being spawned randomly when a map is loaded, and people looking kind of stuttery when on their way to social actions.

There are some fun new features as well, though!

Grill at the new park

I added a lovely new park to the suburban part of the map that features two new furniture pieces: Some barbecues as well as some picnic tables! People can grill various new food items at the barbecue, too. 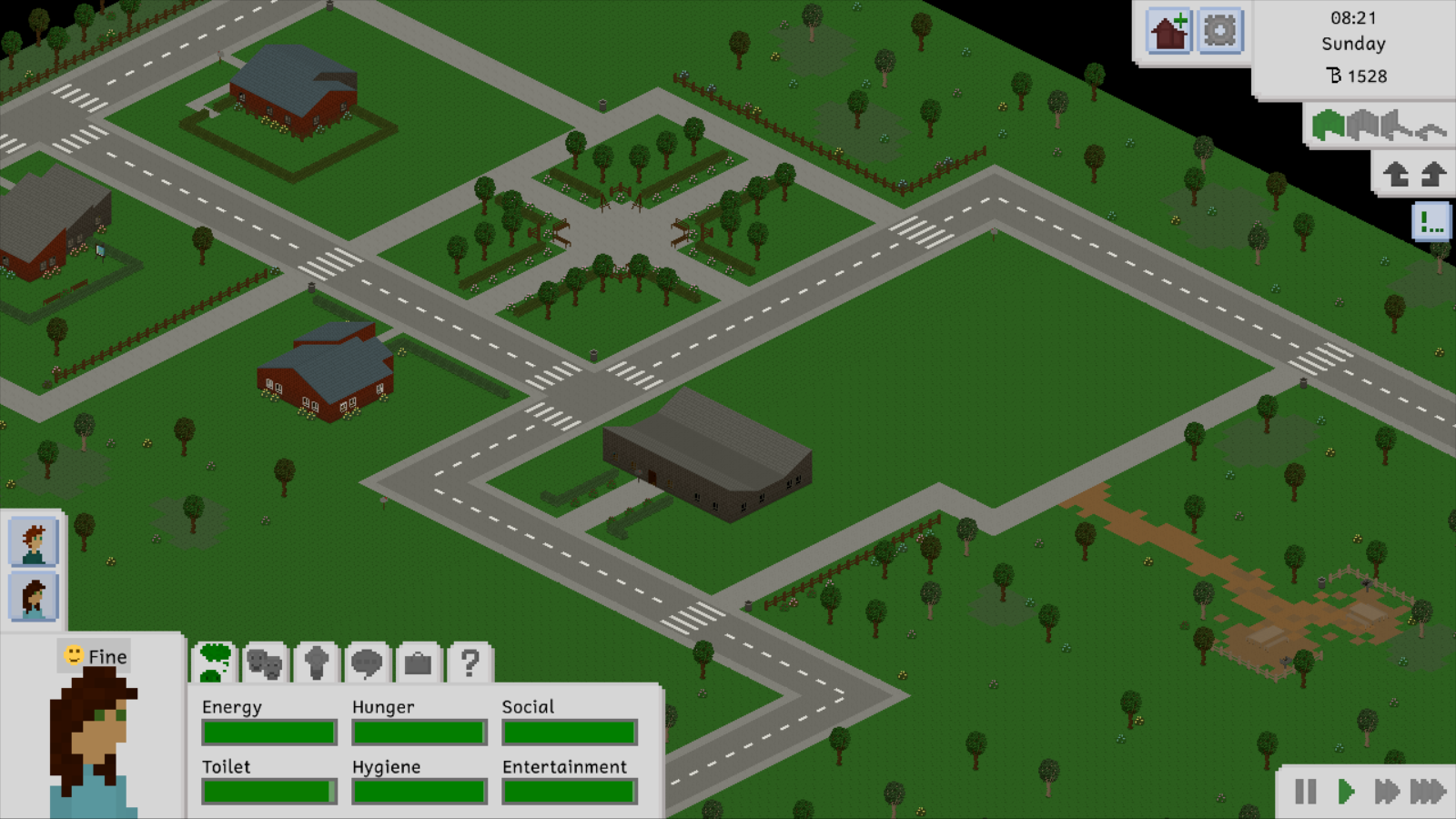 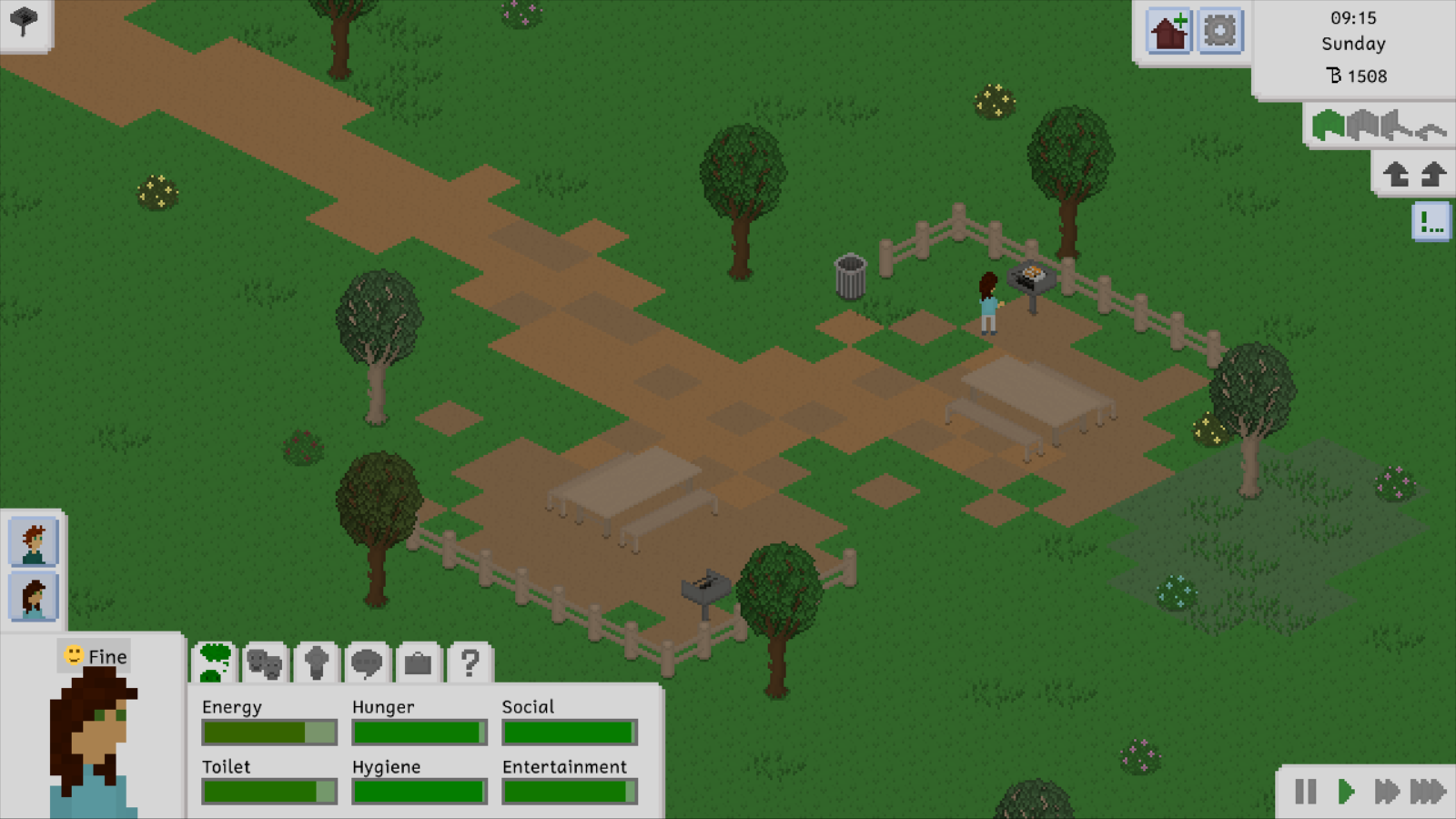 Of course, there have been cleaning interactions in the game for quite a while now, namely cleaning dishes at a sink and mopping puddles. However, since I plan on expanding the cleaning system in the future, there is now a skill that helps you out!

There have been a few improvements to Tiny Life’s localization over the last few weeks thanks to some dedicated helpers. An Italian translation will be coming soon (probably in the next update, no promises though!), but this update features a Chinese translation thanks to the awesome Rosareven.

Additionally, the Steam store page will now be localized for multiple languages, including German and Chinese, too! The itch page will stay English-only though, since there doesn’t seem to be a feature to translate the content of the page.

As always, there is plenty of stuff in this update that I haven’t talked about, most of which isn’t necessarily all that talk-about-able. If you’re interested in the full changelog, you can view it in the game’s main menu or right here: