At least for the ones of us who reside in Central Europe, it’s been a tough couple of weeks with the constant, devastating heat. However, in our everlasting pursuit to give you new content to play with, the heat has not stopped us from working on this update.

Granted, it took a lot longer than we would’ve liked, and it doesn’t actually contain everything that we planned for it to contain, but here we are.

Here’s some of what we did do, though.

For a long time now, players have been asking us to add the ability to store leftovers in the fridge, where they’ll go bad much less quickly than out in the open. You can now do exactly that. 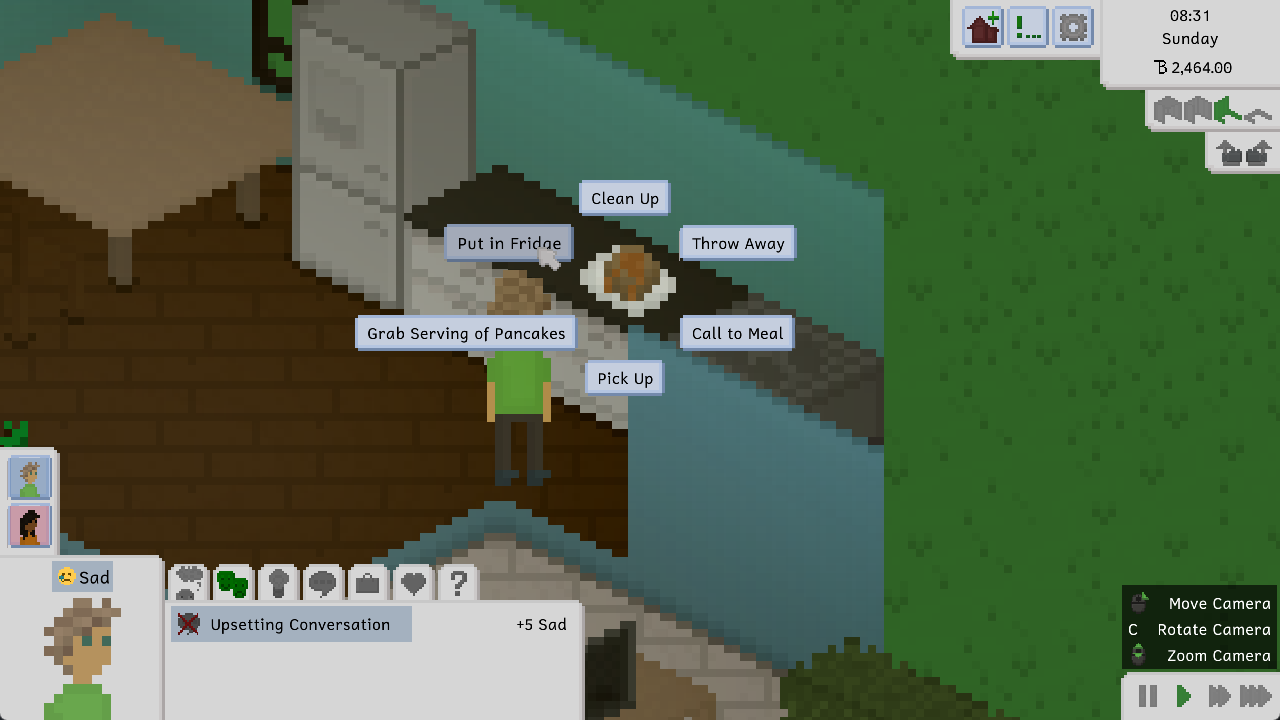 After storing some leftovers in the fridge, you can select the fridge to Get Leftovers, which will automatically cause your selected Tiny to grab a random food item from the fridge. You can also look at the contents of the fridge and tell a Tiny to take out a specific item, which is especially useful if the fridge starts filling up with empty platters from all the food they ate. 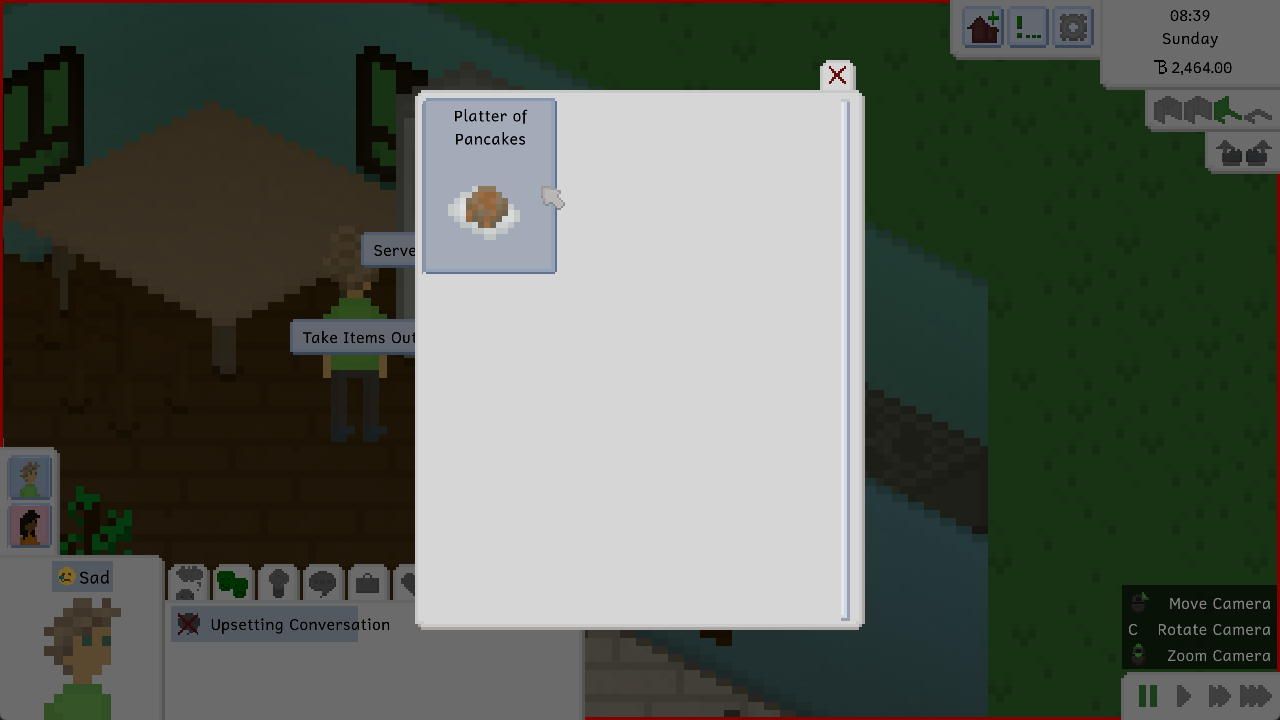 Right now, fridges are bottomless, meaning you can store as much food in them as you like. You can’t store anything else there, though. Sorry.

To a non-programmer, it might sound incredibly easy to just add an undo-redo feature into a thing. You do a thing, you go back to a previous state, you do the thing again in reverse. What’s the holdup?

As it turns out, the holdup is quite a lot. Not only do you have to take care that stuff is undone and redone in the right order, but you also have to make sure that funds are deducted and re-added properly. That undoing and redoing doesn’t lead to impossible states. That there aren’t gaps in the undo-redo feature that allow stuff to slip through the gaps while other stuff gets undone. That you don’t weep in a corner while infinite recursion is causing your computer to explode. That sort of thing, you know?

We did it, though. But it might also be a little broken at the start. Hopefully not, though.

Look at this cool GIF that shows this feature in action!

Tiny Life now has achievements! There’s only eleven of them as we speak, but throughout development and until release, we’ll be adding quite a few more. 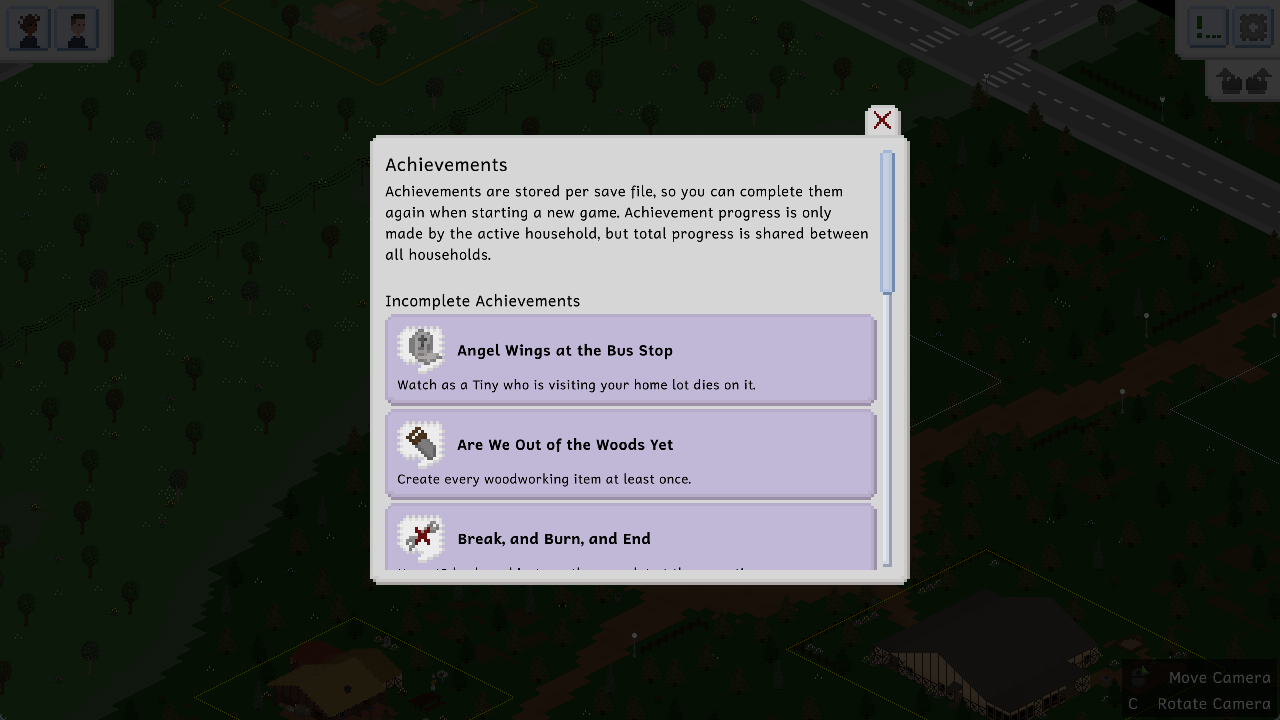 Unfortunately, we didn’t get a chance to add pregnancy to the game for this update like we’d originally planned. Instead, we decided to settle for something a bit less spectacular that still allows you to get new children into your household without cheats or exported merges: adoption!

You can click on the computer to adopt one of twelve children. We’re not going to get into the lore of where these children come from, because there isn’t one yet. They’re randomly generated, okay? 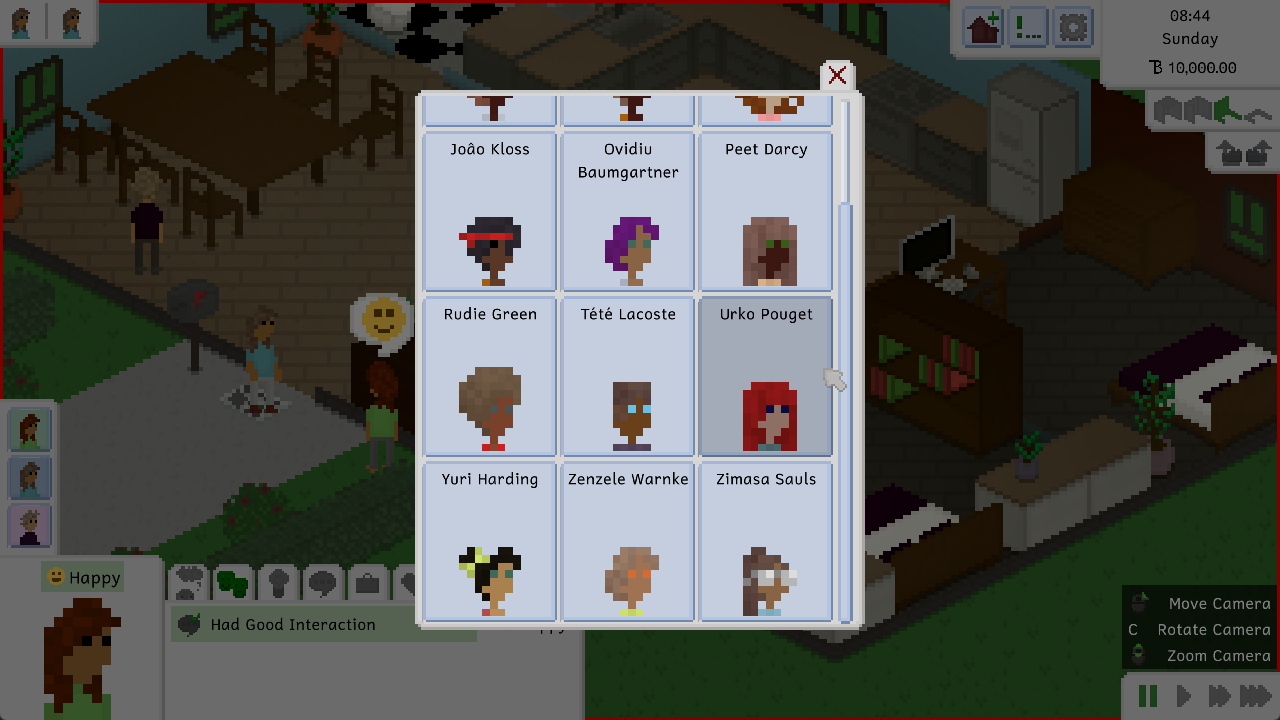 As a side note, we also added a lot more random first and last names in this update, especially a lot of international ones. Currently, the first and last name’s source nationality won’t be matched, which is why some names sound a little wacky. To see it positively, these r names give us a reason to believe that Tiny Life is set in a universe where society has come far enough to allow anyone to have any name without fearing to be discriminated against. Right?

As always, here’s the full changelog for your perusal. This time around, we also tried to include a more in-depth API changelog, since the game’s API is starting to be somewhat stable, so hopefully modders will find this useful for updating their mods.

Great update! Thank you for your hard work team.

Thanks so much! We’re glad you enjoy the game and this update :)