Hi everyone! We’ve been busy recently working on a lot of things that won’t be released for a while, so this update is a little smaller. Nevertheless, it still adds some cool features, and finally introduces music into the game, courtesy of our lovely musician Leiss!

Except for sounds and the lovely, ambient forest soundscapes, Tiny Life has been all but silent, which was especially noticeable in build mode and the character creator. Well, not anymore! Our lovely musician Leiss has been working on Tiny Life’s Soundtrack for a long while now, and she’s been posting updates and sneak peeks about it on her Twitter occasionally.

Now, the music that we added into the game so far is not the full extent of the soundtrack. There are still a lot more songs to come!

By default, there will be music playing in the game’s main menu, the character creator, the household selection, and build mode. If you want there to be music while controlling your Tinies, too, you can tick this little box in the options menu’s sounds & music section. 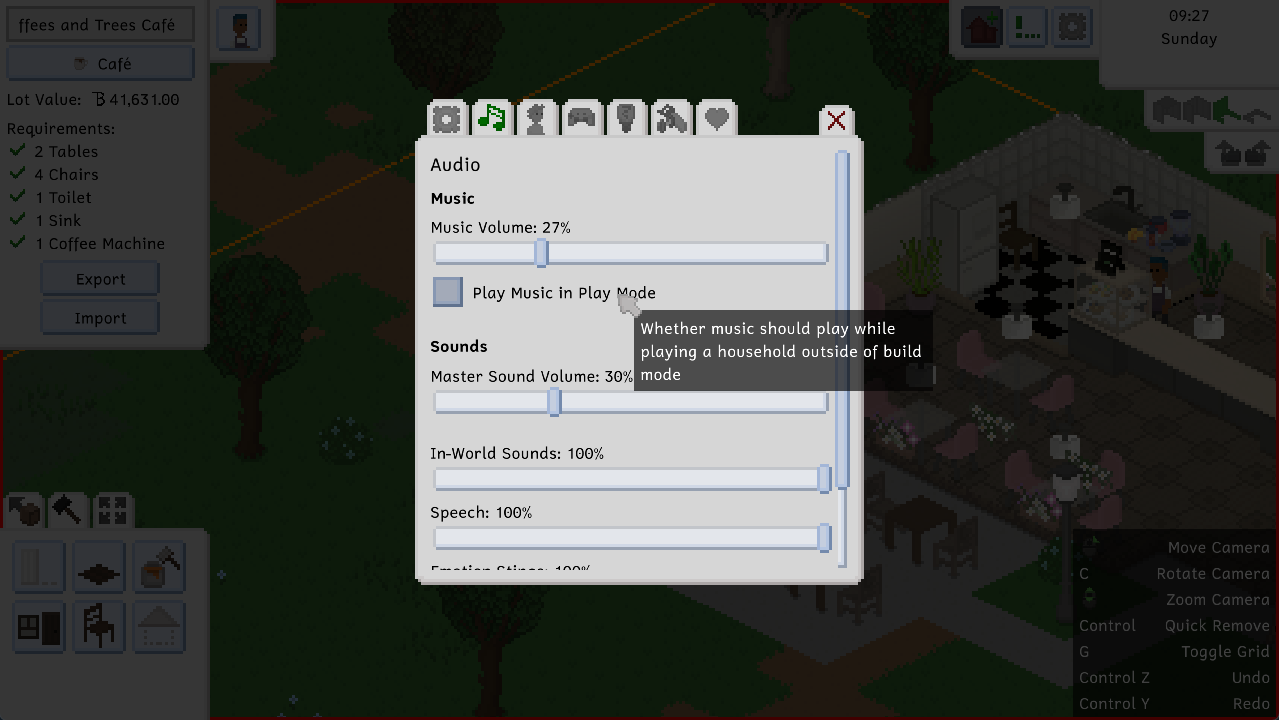 There’s a new personality type in this update as well: The Outdoorsy personality! The in-game description reads as follows:

A Tiny who is outdoorsy just can’t get enough of the outdoors. They feel better while they’re outside, especially when visiting parks, and they might start feeling a little cooped up if they’re inside for too long. 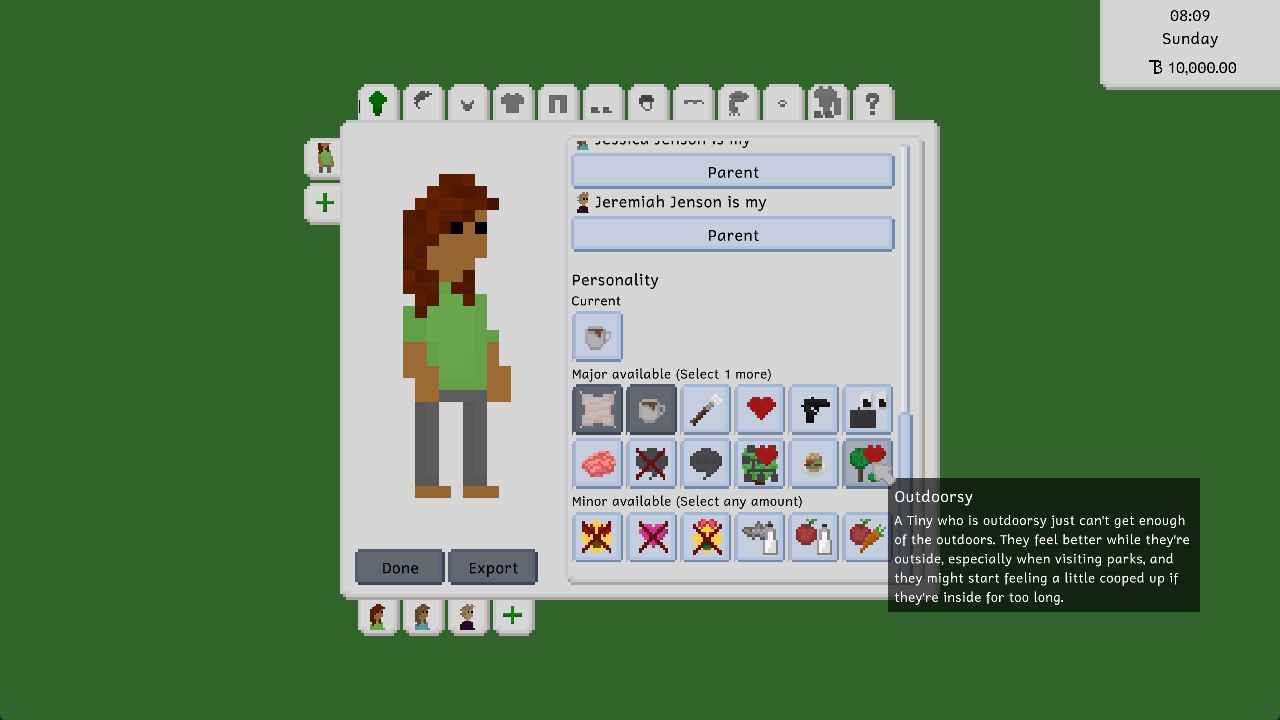 Along with this, we’ve also been making an effort to add some more personality-based actions into the game, especially in the social category. There are now additional actions for the charisma, writing and humor skills, which allow for higher success rates and friendship or romance gains at higher skill levels.

The household and lot import and exports menus have gotten a bit of a makeover in preparation for the game’s Early Access release next year. The release will ship with Steam Workshop support, which is currently in very active development, and so we’ve decided to clean up the menus involved a little bit. 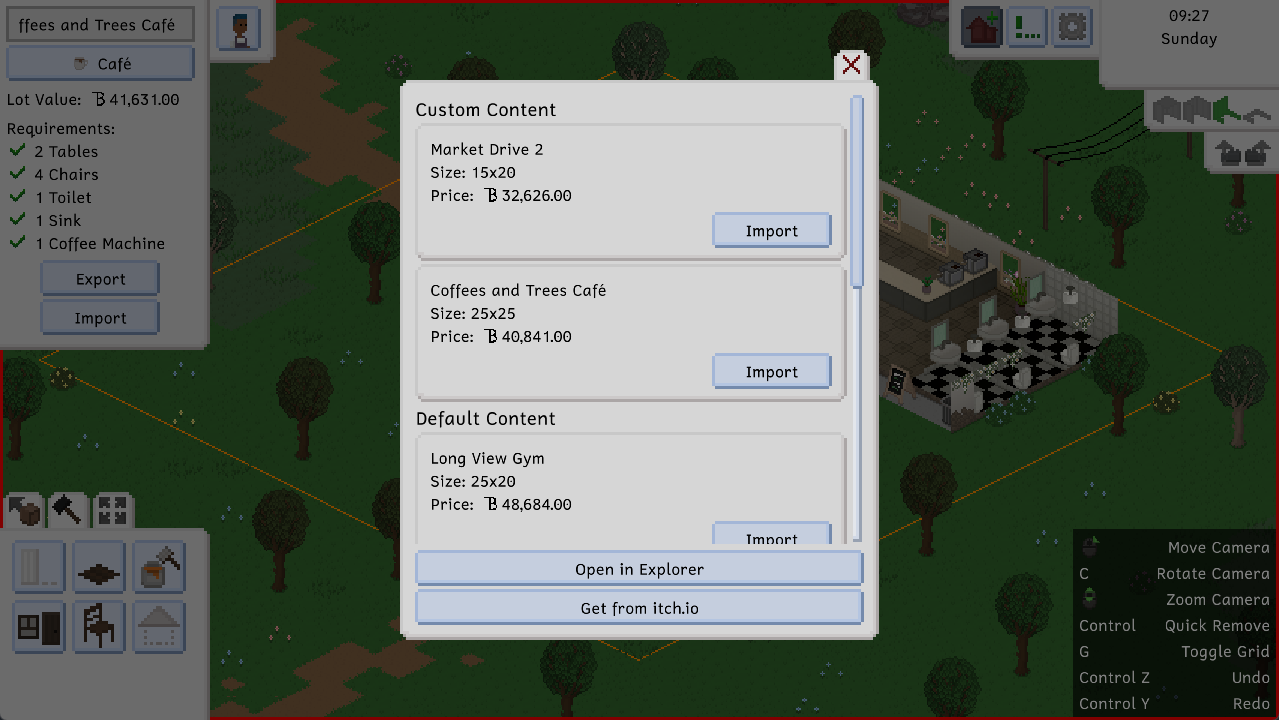 While you’ll be getting these menu improvements in this update, please note that Steam Workshop support is not publicly released yet, and won’t be publicly released until the game’s official Early Access release.

Last but not least, we added two new clothing items into the game: Headscarves! 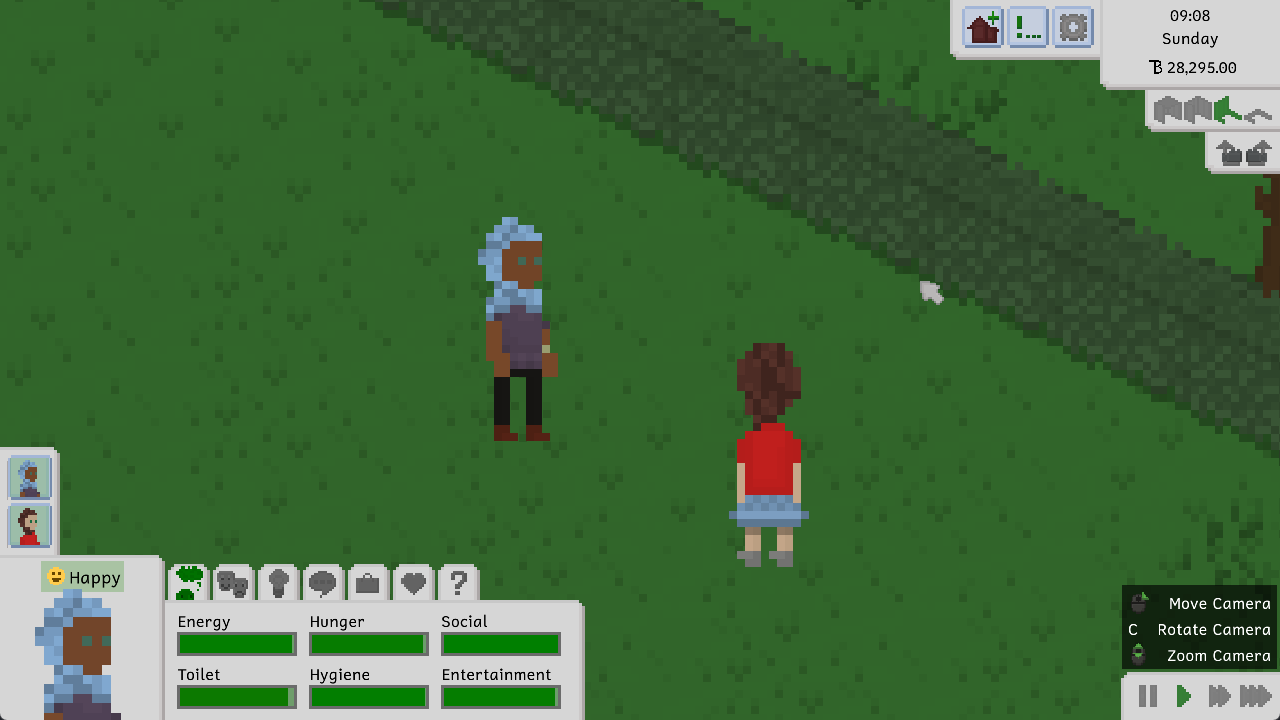 While the looks and feels of these headscarves are heavily inspired by hijabs, they’re able (and supposed) to be worn by anyone who likes having their head and/or hair covered for any reason! You can find them in the Head Accessories category of the character creator.

In the future, we plan on adding a lot more clothing items that celebrate the styles and items of various cultures, including some of the player suggestions we collected a while ago on Twitter. Please don’t hesitate to give feedback on the items we add, especially ones that you regularly wear or know more about, since it’s important to us to get these items right.

As you’re probably used to by now, here’s a copy of the full changelog for your perusal. You can view this changelog from the game’s main menu’s bottom right corner, as well.

Thank you so much for adding headscarves. It's such a little thing, but it means a lot to be able to see people like me in a game.

We’re so happy to hear that the headscarves are making you feel more included! 🥰