Hi everyone! It’s that time again where we share a lovely little update that we made for you all. We’re still working hard on secret release features in the background, so this is another somewhat smaller update. It’s still very nice, though, so get ready for some neat stuff.

Libraries have been one of the most requested lot-related feature so far. I guess there’s just something about us nerds wanting a cozy place to hang out. So now you have one!

Not only have we added the library lot type, which features a librarian staff position, but we’ve also added a beautiful library lot created by Vortis, who has previously created some lovely lots and households for the game. 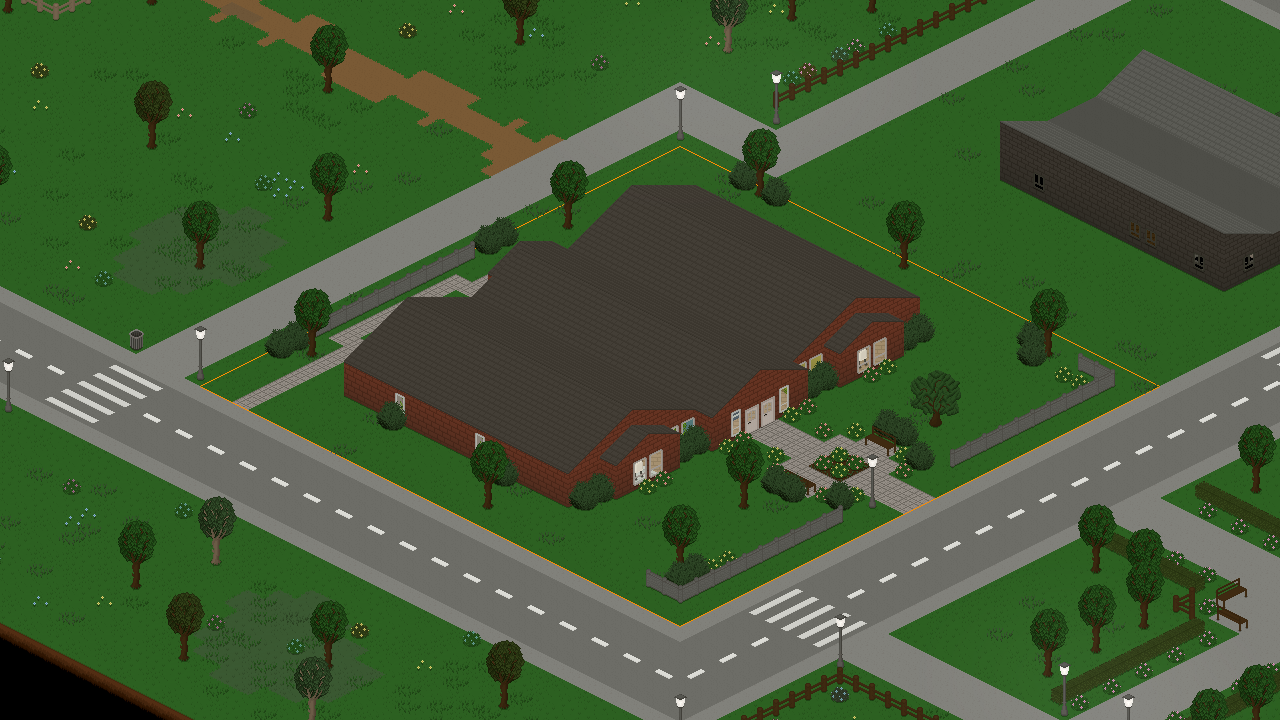 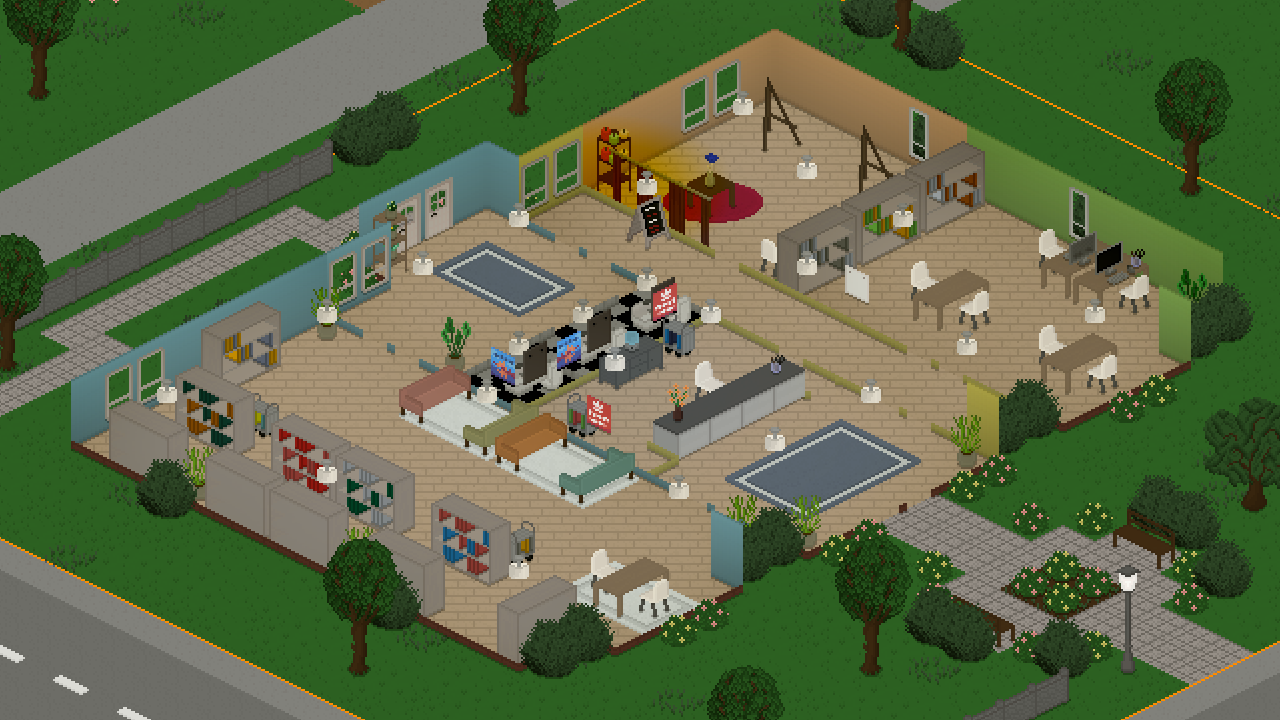 Part of the cute interior, as eagle-eyed players might have already spotted, are two new furniture items: A bookshelf that is double-sided (i.e. open on the back), allowing for it to be placed in the middle of a room, as well as a cute book cart that also doubles as a bookshelf interactable.

There’s also a librarian position for each library, with the default one for Maple Plains City being filled by the lovely Barbara Bookerson, who likes to go by Barb. While Barb is at work, you can ask a few questions about books to get your Tiny excited about them. 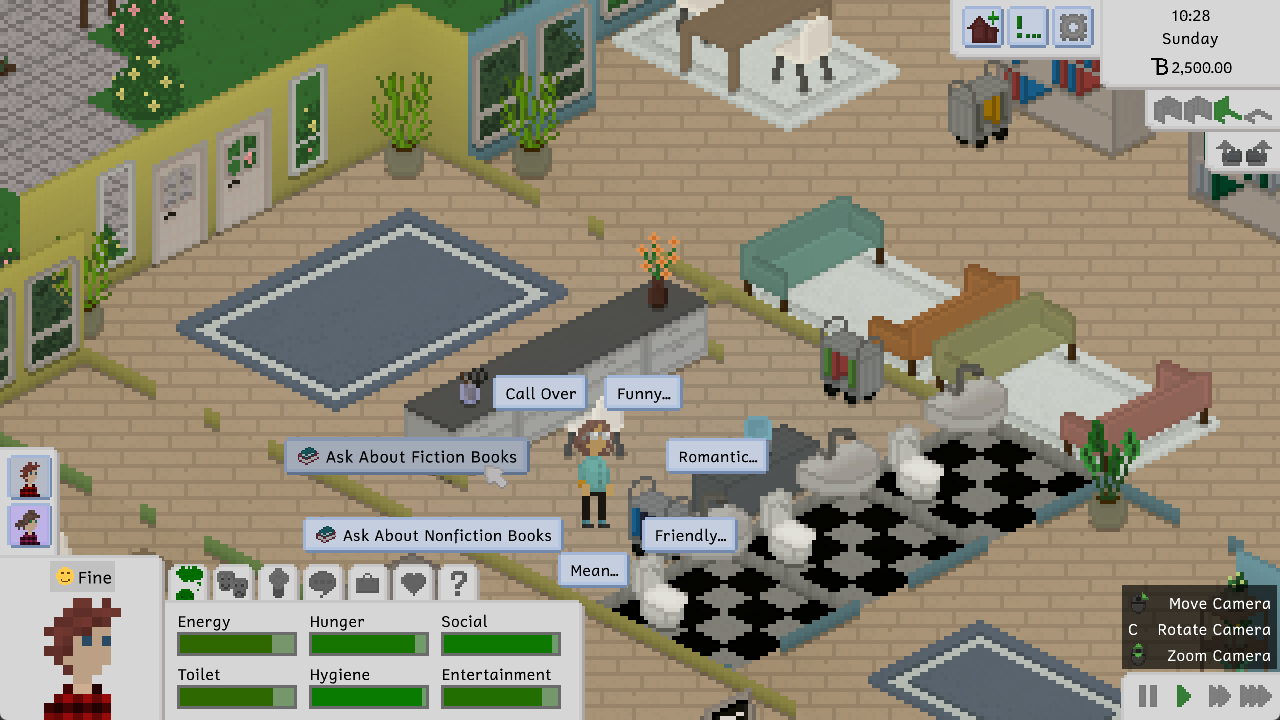 While you’re not interacting with them, librarians will simply idle around the library and walk from bookshelf to bookshelf, inspecting the books they have stocked.

Listen, we could make a lot of jokes about Tiny Life and trash here. But instead, we’re going to make some proclamations: Trash is gross! Trash cans are too far away! Having to go outside to throw something away is a hassle! 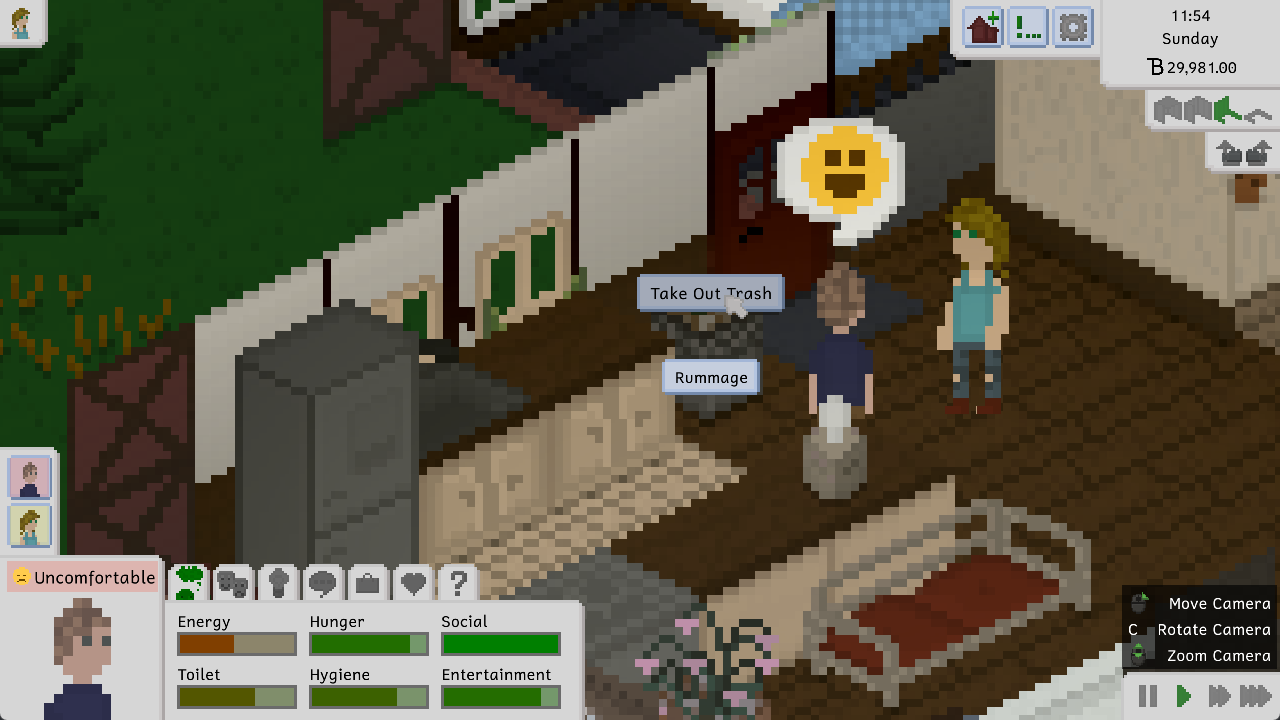 These trash cans will fill up similarly to the existing outdoor trash cans, with the difference being that the trash collector doesn’t come and empty them for you. You have to take the trash out yourself. Doing so will cause your Tiny to deposit it in the nearest outdoor trash can, where the trash collector will eventually come to pick it up. Keeping this in mind, it’s a good idea to keep your lot’s trash can in an accessible location, and not behind any locked doors.

Oh, also, you’re now required to have a trash can on your residential lots. Once you first enter build mode after installing this update, you’ll be forced to place one before you’re allowed to exit again. Sorry, it’s city policy!

This devlog already called you a nerd earlier, so we don’t think it’s too unreasonable to call you one again. Of course, we do this very lovingly; we’re all nerds here, right?

If you’re a very specific kind of nerd, you can now share that truth with your Tinies by giving them the new Techie personality type. 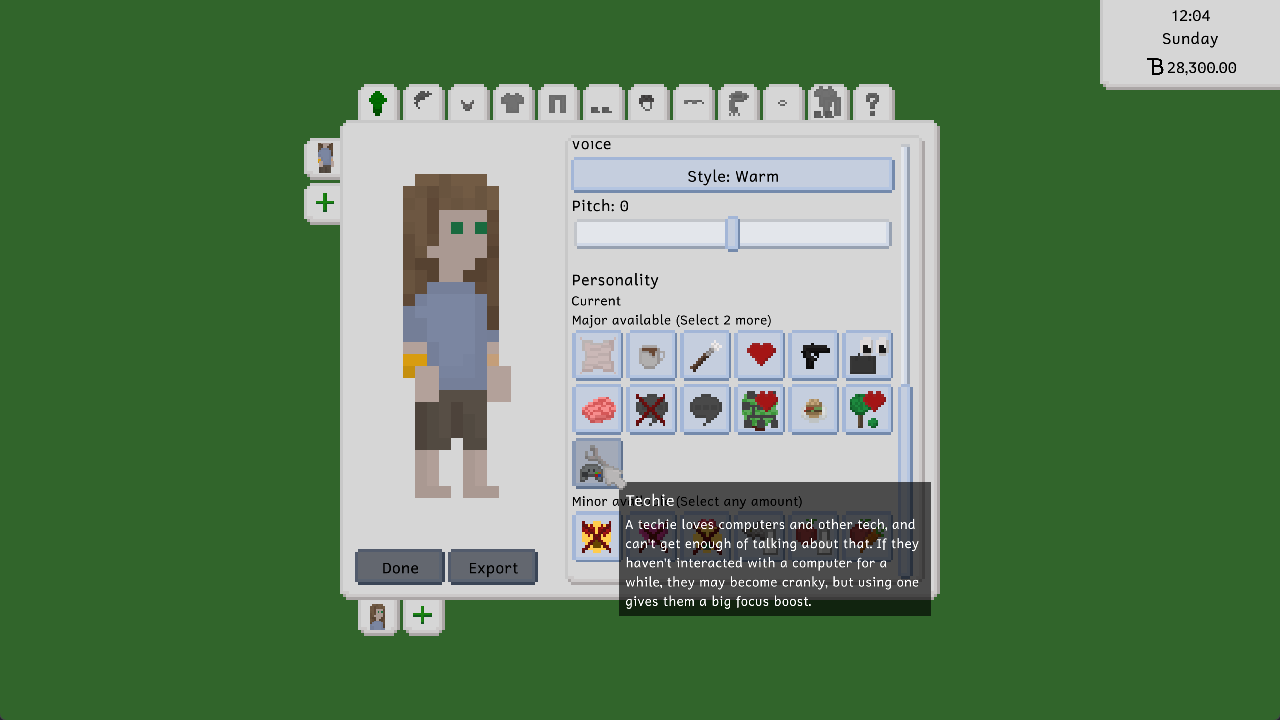 This personality causes Tinies to enjoy using tech, including TVs and computers, but they’ll also get quite cranky if they’ve been away from their computer for a while. Isn’t that a mood?

There’s also some excellent insults that Techie Tinies can use. Not that we encourage insulting people or anything. We’re just very proud of the jokes.

That’s pretty much it! As we said, it’s a bit of a smaller update again this time around, but we’re really gearing up for releasing the game into Steam Early Access early-ish next year, so there’s a lot of stuff going on in the background that we’re not sharing with you all yet.

Anyway, here’s this update’s full changelog, as always, for your enjoyment!

Please, I need help to run the linux version of the game. Wich file is the executeble file?

Hi! As with most applications for Linux, the binary without a file extension is the one you have to execute to launch Tiny Life.

Keep in mind that, based on your distribution and permissions, you might have to make sure that you have the necessary permissions for executing the file.